Plant a tree in memory of Hugh
An environmentally-friendly option 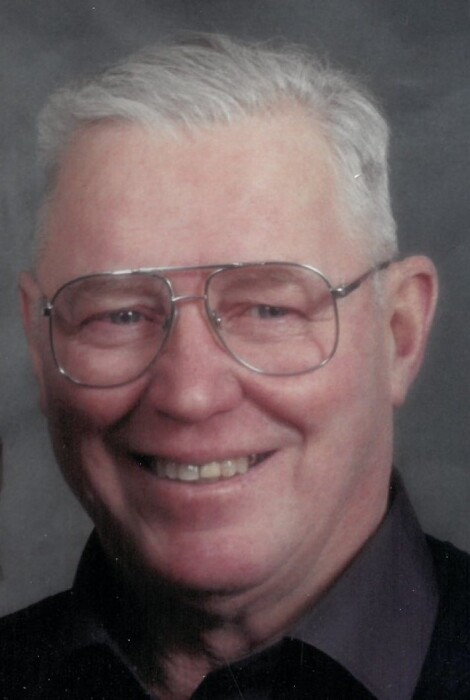 On March 24, 2021, Hugh Earl Carmichael of Kenville, Manitoba passed away at the age of 91, in the Swan Valley Health Centre, surrounded by his loving wife and children.

Hugh was born in Swan River Manitoba on October 3, 1929 to Alexander and Anna Carmichael.  A baby brother to twins, Gordon and Phyllis, and older sibling to sisters Laura, Catherine and Edith who soon followed.  He attended Davidson School, which we were told, was a short walk uphill both ways from home.

Hugh was a farmer through and through.  His love of farming started at an early age working on the family farm with his dad, Alexander.  Throughout his early school years, he was part of the local 4-H club.  At the age of twelve, alongside his brother Gordon, he drove a team of horses bringing sheaves to the threshing machine. By the next year, he was doing it by himself.  Hugh went out to BC and worked at a sawmill on Vancouver Island for one winter, but he said that wasn’t a life for him.  Other than that, he lived in Kenville his whole life.  When he came back from Vancouver, he took over the family farm from his dad.

Hugh met his soulmate Mary Hrabarchuk, and they were married on July 2, 1960.  They purchased the family farm from Alexander and Anna in 1966.  Together they raised five children.  Hugh instilled a love of farming in all of his children.  They all learned to take care of animals and work in the garden and fields.

Hugh eventually became a Select Seed Grower and continued along this path for the next thirty-four years.   It is still carried on today by his son John. In 2000, the family celebrated as the Carmichael Farm was recognized as a Century Farm.

Hugh loved to garden.  As soon as there was a hint of warmth in the air, he would push the snow away on his garden so that he could start planting his lettuce, onions, and radish. He always had to be the first to glean vegetables from his garden, sometimes, as early as May.  Hugh and Mary shared much of their harvest with family and friends.

Hugh enjoyed curling at the Kenville Curling rink, served on the Kenville Hall board, a board member of the Manitoba Pool Elevators, a school trustee for the Davidson School, a councillor for the Rural Municipality of Swan River, and was a member of the Knights of Columbus.

Hugh never retired from farming.  He was 91 years old, still doing all of the harrowing for John and even took a shift driving the combine once last year.  He was a “farmer” until the day he died – even trying his hand at planting chokecherry seeds shortly before he went into the hospital.

Hugh loved farming but he loved his family more.  He cherished the time when the kids would come home to visit and then later the grandchildren and great-grandchildren, sharing his pail of butterscotch ripple ice cream with everyone.  He will be remembered for his strong work ethic, passion for growing anything and everything, and his love of family.

Plant a tree in memory of Hugh by clicking here.
To send flowers to Hugh's family, please visit our floral store.

Plant a tree in memory of Hugh
An environmentally-friendly option

Plant a tree in memory of Hugh

6 trees planted in memory of Hugh

We extend our sincere sympathy to all Hugh's  family.

Our heartfelt condolences to Aunt Mary and my cousins, Ken, John, Janet, Peter and Cathy as well as their families. I have many fond memories of time spent at the farm with Uncle Hugh & his family
Harry and Denise Aime

A Memorial Tree was ordered in memory of Hugh Earl Carmichael by Harry and Denise Aime.  Plant a Tree

Hugh was a wonderful brother, loving father& a good friend. Many trips to the farm in the summer were
always a great time for us. Rest In Peace dear brother
Edith Lander

A Memorial Tree was ordered in memory of Hugh Earl Carmichael by Edith Lander.  Plant a Tree

Passing on our love and condolences to Aunt Mary and all of our cousins. We have such wonderful memories of times spent at the farm over the years.
Cathy, Gordon and family

A Memorial Tree was ordered in memory of Hugh Earl Carmichael by Cathy, Gordon and family .  Plant a Tree

In loving memory of my brother Hugh.
Laura Bloom

A Memorial Tree was ordered in memory of Hugh Earl Carmichael by Laura Bloom.  Plant a Tree

Plant a tree in memory of Hugh