Plant a tree in memory of Jane
An environmentally-friendly option 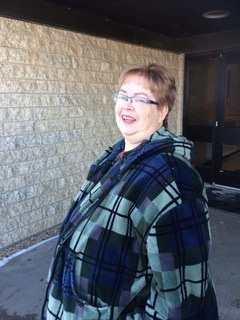 Jane was born in Estevan, Saskatchewan to Olive and Willis Whitby. She was named by big sister, Carol, after a model paper doll. Jane became a model to all of us for her life filled with “joie de vivre”. She was followed less than a year later by sister, Kathryn...so close that they were almost twins. David followed making up the “Whuppy” kids trilogy. June Neifer came to help the family and became a special part of our family.

There was always lots of fun and laughter, games and music. All of those followed Jane for the rest of her “all too short” life. One special time Jane won the crib tournament at Clearwater Lake, Saskatchewan to brother Dave's complaint “Jane, you don't even know the rules!”

Life moved from Estevan to Saskatoon when her dad went back to university to change careers to be a guidance counsellor. Jane then took her grade nine and ten in the big city. A move to Swift Current saw her graduate from the Swift Current Comprehensive. That summer ready for new adventures, Jane and group of friends toured Europe.

Jane always knew her talent in art, music and love of little ones would be her life. As the Kindergarten poem goes “Live a balanced life-live some and learn some and draw and paint and sing and dance and play and work every day some,” became her motto.

With her sense of adventure, her first job after university was in Lynn Lake where she met the love of her life, Wade. Together they journeyed to Waboden, Winnipeg, Leaf Rapids, Whitehorse, Yukon and then to Swan River where she put down permanent roots. While she and Wade were in Leaf Rapids, Zara joined their family. Jane was so excited to tell that news. The Dale family made great ambassadors in their elaborate costumes for Klondike Days and other events.

When they moved to Swan River, Jane became principal of the Mafeking School and then established her “role” as the kindergarten teacher at Taylor School. When the “sisters” were on the street in Swan River, it was like walking with the Queen of England as everyone knew “Mrs. Dale”.

Zara's daughter, Amanda was born in 2013. Jane was so proud of being able to be in the birthing room for her entry to this world. Amanda became the light of her life.

Jane spent many years involved with the Swan River/Swan Valley Teachers Association. She especially enjoyed her trips to Winnipeg for her Association meetings. At the Hillsview Pastoral Charge at Bowsman United Church, she was involved in many aspects. She shared her marvelous musical gift so freely with everyone. Jane received great joy from being asked to sing especially “O Canada” either alone or with her classes, at Swan River events. Being involved in the musical events at the Swan River Rodeo was a great pleasure and honour.

Jane had such an impact on so many little ones who benefited from her love of children and love of learning. Today these little ones are adults and perhaps her love of life and her caring started many on the path to live, love and laugh. She will be missed and remembered by so many.

There will be a private family service at a later date.

Plant a tree in memory of Jane by clicking here.
To send flowers to Jane's family, please visit our floral store.

Plant a tree in memory of Jane
An environmentally-friendly option

Plant a tree in memory of Jane

1 tree planted in memory of Jane

So saddened to hear of Jane’s passing. Many memories from Taylor School and the school choir practices and performances as well as accompanying Jane and her kindergarten classes for school events. Our sincere condolences to you Wade, Zara and Amanda. Be assured of our prayers for you at this difficult loss.

Sincerest condolences to you, Wade and Zara.  I have many fond and fun memories of Jane from my ten years at Taylor..  Many, many special memories from the one VERY busy year working in her classroom;  that class will be part of this years graduating class!  May God bless your own memories and comfort you in the days and weeks ahead.

It is with great sadness that I am writing this note. Jane will be missed by everyone that knew her. Jane was a wonderful colleague and friend to me. I am sending my sincere condolences to you Wade, Zara and Amanda. You are in my thoughts and prayers.

Extending our sympathy to Wade Zara Amanda and all the family. She had such a big impact on so many our children included. Rest in peace in the arms of our Heavenly Father.

Plant a tree in memory of Jane