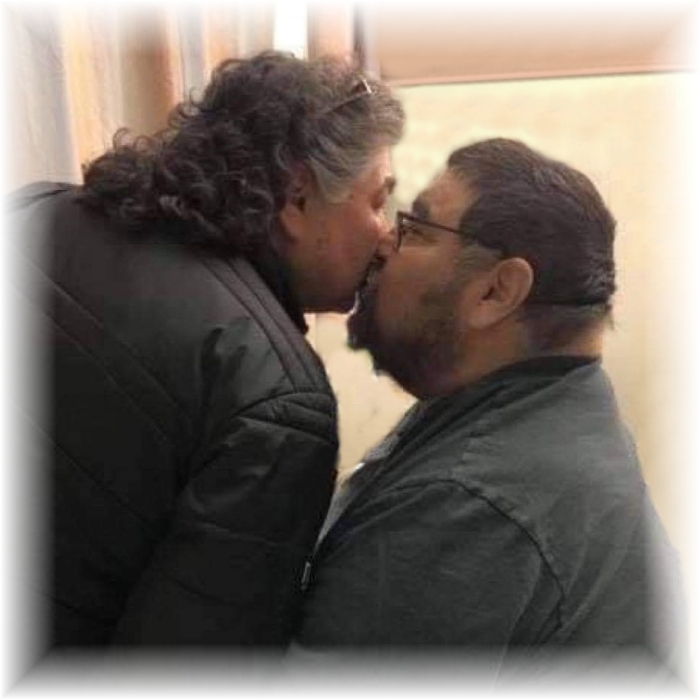 Peacefully on March 26, 2021 at 10:00pm, John “Posh” Chartrand, age 65, started his Spirit Journey with some of his loved ones by his side at the Dauphin Regional Health Centre. He battled diabetes for most of his life and sadly succumbed to complications of the disease.

To greet him in his new life are, his parents, Leona and Henry Chartrand, his in-laws, Catherine and Paul Moosetail, Ernest Moosetail, Gordon Moosetail, Albina Moosetail, Edna Brisebois, his brother in law Frederick McKay and two of his nephews he was very close to, Karl Richard and Nolan Chartrand.

John also known as Posh or Johnny Posh, was born on August 2, 1955 to Leona and Henry Chartrand in Duck Bay, Manitoba.   Johnny Posh lived all his life in the Camperville and Pine Creek First Nation area.  On September 4, 1993 he married the love of his life Rita Moosetail, they had one son together, but Rita accepted all of his sons as her own.  Together they built a home on the Pine Creek First Nation where he lived until his passing.  He loved to spoil his wife as much as he could, always worried about her when he was not home.   John and his wife Rita loved to spoil their grandchildren when they could.  Especially his Marissa, his baby girl.  He loved to tease, joke around and laugh with family and friends.  John had a big heart, and he took all his nieces and nephews under his wing and offered them guidance and support.  He loved to tease, joke around and laugh with or at family and friends.

John worked in the bush, logging with his cousins until he started working for CP Rail with the Manitoba Tie-Gang, Lakehead Division.  He enjoyed working with his tie-gang buddies and had many stories to tell of them, especially Doug Mousseau.  Due to complications from his diabetes, John was forced to retire early from his work.  He sure did miss it.  John also had a passion for vehicles.  Driving them, fixing them and buying them lol.

John liked to play Poker Stars on his computer.  Always asking Rita to get him cards so he could add money.  He also enjoyed playing poker with his buddies around the table.  If he wasn’t at the slots you could find him sitting at Johnny Neapew’s playing cards.  He also played in some local poker tournaments.  He would complain if he lost, but he loved playing the game.

All his family and friends, please consider yourselves his honorary pallbearers.  It was John’s wishes to not have a viewing or wake.

Due to restrictions of the pandemic, there will be no feast at this time.  We will celebrate his life this summer on his birthday.  If you would like to make a donation in his honor, please do so to the Dialysis Unit at the Dauphin Regional Health Centre.

Plant a tree in memory of John by clicking here.
To send flowers to John's family, please visit our floral store.

1 tree planted in memory of John

My condolences to all the family.

I sat down to write down some memories to share. Of course, those memories caused my eyes to overflow. I know one day, those same memories that make me cry now, will bring me comfort. No where near that now.
I also realized how much of a brat I was. I had a hard time thinking of stories about you, that did not include me pranking you in some way.
Thankfully, I was able to come up with a few.
Like, how we or pretty much anyone could call you and ask you for help, and you would do your best to help in any way you could.
I remember when Sam was a baby, and you would come over to visit us, and Sam would climb all over you, we would tease her that you were her favourite Jungle Jim. You would watch in amazement as she would put her puzzles together within a few minutes. Or the time Sam was using her little piano and you started calling Melissa “Come and see, how good she is to play the piano.! Melissa came to see and she had to tell you that it was a player piano and Sam wasn’t actually playing it. Or all the times Sam would call you to pick her up to visit and you would just get in your vehicle and come and get her. Or the times she would call you to take her to the store. You always would come and pick her up, take her to the store, then bring her back home if that is what she wanted or take her home with you. It didn’t matter that we lived next door to the store. You never complained, you just did whatever she wanted to make her happy. You didn’t even complain, when Sam threw up in your car, when you were driving her and Melissa to the bus. I am sure you were partly responsible for sugaring her up. Of course you had an ulterior motive, you always wanted Sam to come live with you and Rita, and while I know that you and Rita would have given her the best life possible, she wasn’t mine to give you. Both of you will always hold a special place in her heart.
All the times that I would call you to drive or come with me to Freddie’s hockey games or tournaments. You would never tell us no. Always ready to go, and keeping us entertained with all your stories. We can’t share those with the public.
And once Melissa and Maria moved for high school, you were there helping them move their belongings, picking them up to come home for weekend. Always there for all us.
When we came to visit, you got to meet Mila, she walked over to your home from Sherry’s and you were teasing her and telling her stories. She looked at you and said “You are an idiot and an a**hole.” You threw her out and sent her back. She still came back to visit again though. She always calls Pine Creek her home.
And Aubrey got to meet you as well. She is way more shy than Mila, but all you had to do was give her some treats, and she loved you both too.
I thank you John and Rita for all you did for all of us. And now it is our turn to take care of your most precious possessions, your beautiful loving wife Rita and all your children and grandchildren. I know that we will be there for all them, just like you were for all of us. I love you John. Hug everyone for us. Your loving bratty sister Lucille and the rest of my f’n family. Love you all lots and lots!

Sending sincere condolences to Rita and family;
including John’s brother Norman and sisters, in-laws, extended family, relatives and friends.
Keeping you in my thoughts and prayers. 🙏
for courage and strength in days ahead.
May God, our Father, send down from above cascading blessings of peace upon all the family.
clan.🕊

Therefore you now have sorrow; but I will
see you again and your heart will rejoice,
and your joy no one will take from you.

A Memorial Tree was planted for John Chartrand