Plant a tree in memory of Martin
An environmentally-friendly option 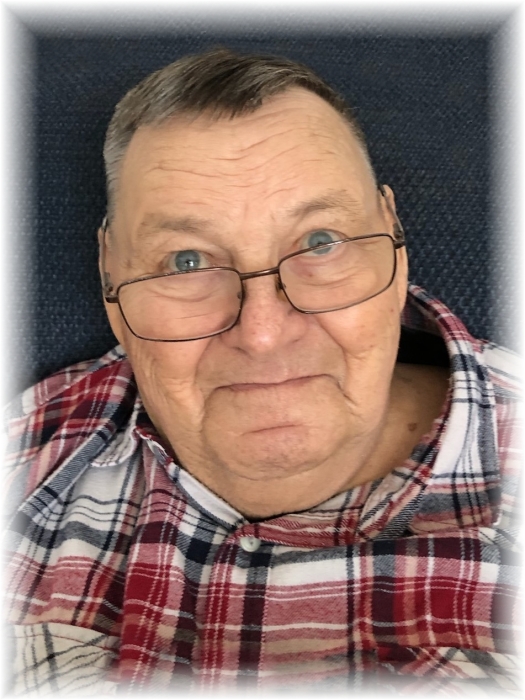 Martin Jacob Thiessen was born to Dietrich and Helen Thiessen on March 5, 1947 in Warman, Saskatchewan.  He went home to his Saviour on April 6, 2021 at the age of 74.

Martin grew up in a large family with five siblings.  After his mother passed away when he was very young, his father married Mary Balzer.

He met the love of his life, Elma Wiebe, in Saskatoon and they were married there on August 29, 1970. They were thankful for fifty years together. They were blessed with five children whom they raised in Waldheim, Saskatchewan.  During this time, Martin renewed his commitment to the Lord and was baptized in the Saskatchewan River. He came to love Jesus dearly, and after suffering a stroke, he realized how much he needed to totally depend on his Lord and Saviour.  He often said, “Without Jesus, I can do nothing”.

Martin’s love of music and singing began at an early age while singing in a boys’ choir.  He learned the value of hard work early on, and by his teen years, he was working as a farm hand.  Throughout his life, he did various jobs such as coal and potash mining, truck driving, steel worker, and a security job.  His true passion was concrete finishing, and he ran his own business for many years.  He passed on his strong work ethic and many skills to his children as they worked alongside him.

While raising his family, he enjoyed playing golf, bowling, and broomball.  He was very active in all his children’s sports activities, as a coach and a spectator, always ready to buy ice-cream after, win or lose.  Family camping and road-trips were a tradition that led to many memories.

After retirement, Martin and Elma drove countless miles to see family, as well as to attend gospel jamborees.  One of his long-time passions was cheering for the Saskatchewan Roughriders.  He also enjoyed playing crokinole, cribbage, and card games.

In 2018 they moved to Minitonas, Manitoba.  It was difficult to say goodbye to friends and their church family at Salem Church where they had fellowshipped for over thirty-five years, but they were happy to spend more precious time with some of their children and grandchildren.

Martin was pre-deceased by his daughter, Gail Reader; brother in law, Harold Gurski; and sisters in law Verna Agarand and Jean Wiebe.

If friends so desire, donations in Martin’s memory may be made to Steeprock Bible Camp, Box 3107, Swan River, Manitoba or to Camp Kadesh, Box 56, Christopher Lake, Saskatchewan S0J 0N0.

Plant a tree in memory of Martin by clicking here.
To send flowers to Martin's family, please visit our floral store.

Plant a tree in memory of Martin
An environmentally-friendly option

Plant a tree in memory of Martin

1 tree planted in memory of Martin

Martin was a good brother-in-law we had many visits when Verna and I moved to Regina . He always asked where the cribbage board was when he walked into our home. He attended many Rider games when he came here. He also liked to partake in fish and chips at "Joey's Only"! I worked with him one summer and he was tough to keep up to. Like the obit said Strong work ethic!

A Memorial Tree was planted for Martin Jacob Thiessen

Plant a tree in memory of Martin